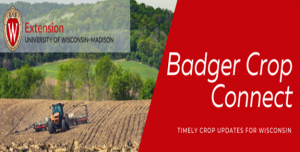 There was a total of 1217 enrollments which included individuals who signed up for multiple webinar meetings throughout the series.  Polls were conducted at the conclusion of each webinar to evaluate the programs.  Four hundred nineteen, 419 (about 34%) of the participants completed evaluation polls at the conclusion of each webinar.  Survey results showed that 88% reported the information presented as very useful or somewhat useful.

A separate survey conducted at the conclusion of the webinar series in October 2020 found that 415 people to include: farmers, crop consultants, government agency personnel and other agricultural service providers had signed up for one or more of the educational webinars.

One-hundred eleven, 111 (26.7%) of the 415 surveys sent out were returned.   Ninety-seven (97.27%) of the participants reported that they strongly to somewhat strongly agreed that the webinars were a valuable use of their time.  Eighty-five (85.71%) of the farmers that answered the survey, reported that they implemented the knowledge they learned on their farms. A total of 478 hours of continuing education were made available to Certified Crop Advisors (CCAs). CCAs accounted for about 40% of those attending.